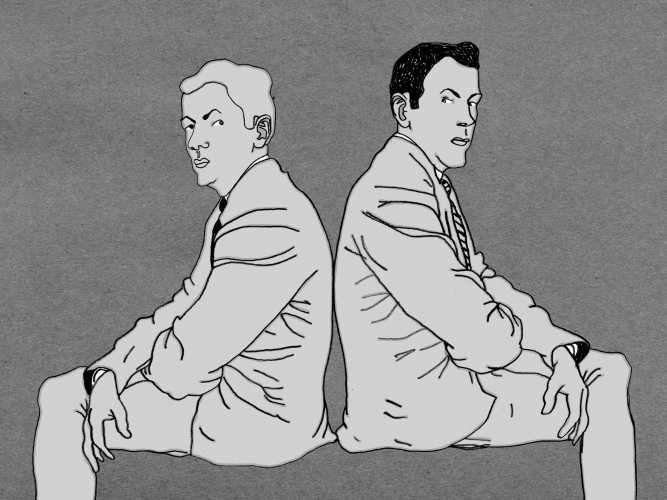 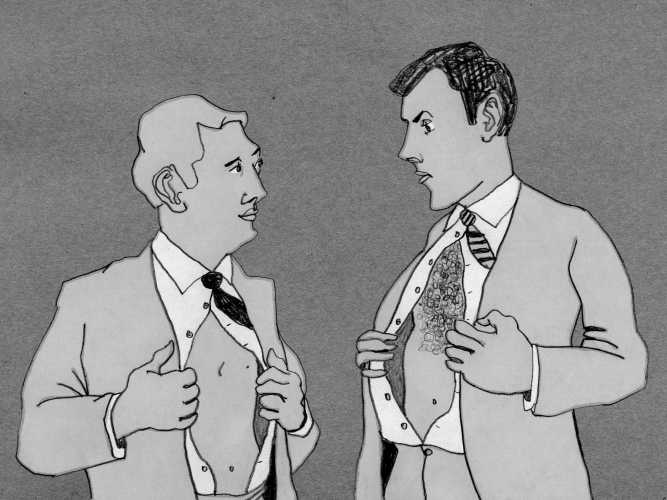 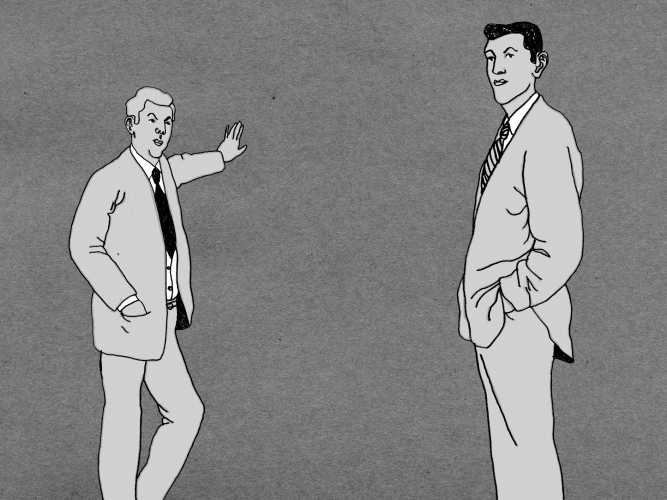 Power Play is an animated video, consisting of ten different scenes in which two men compete in emphasizing their manhood, using different attributes in a series of nonsense acts. The video comments on and clearly ridicules the stereotypes that the two characters embody in their man-to-man conversation, customs that are generally established in the western culture. The film focuses on this play of acts, to make the viewer clear on how meaningless this behavior is.