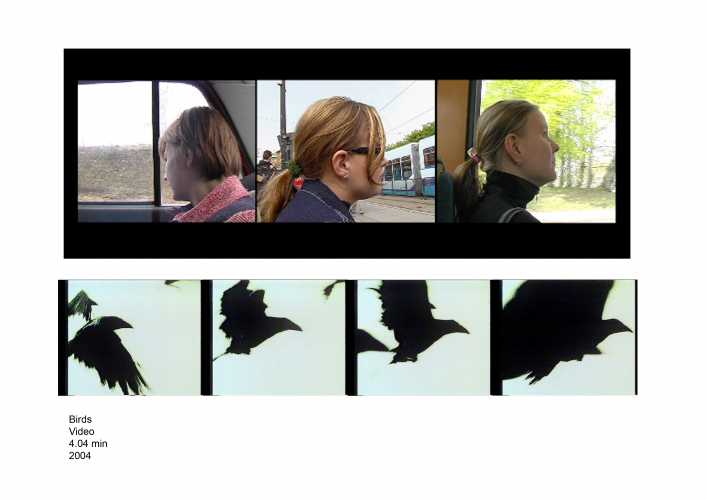 Three women (the artist herself and her two sisters) take a seat one by one on the sofa. The image splits to three separate images of the sisters. They recite the text of the video to the camera one after the other. You can see the excitement of the filming moment and how they examine the presence when they are saying those words.

Texts ‘My soul is like an expensive instrument which is locked up and the key is gone’ and ‘You seem to be restless’ are from Anton Chekhov’s play Three sisters. The theme of the play is longing (freedom) and to get away from actual circumstances. The image of flying birds is slowed down and it is edited between the other ones to get away from the ‘tormenting’ filming situation. It is an extract from Alfred Hitchcock’s film Birds. This image refers to our common cultural consciousness, which develops through largely known films and art. 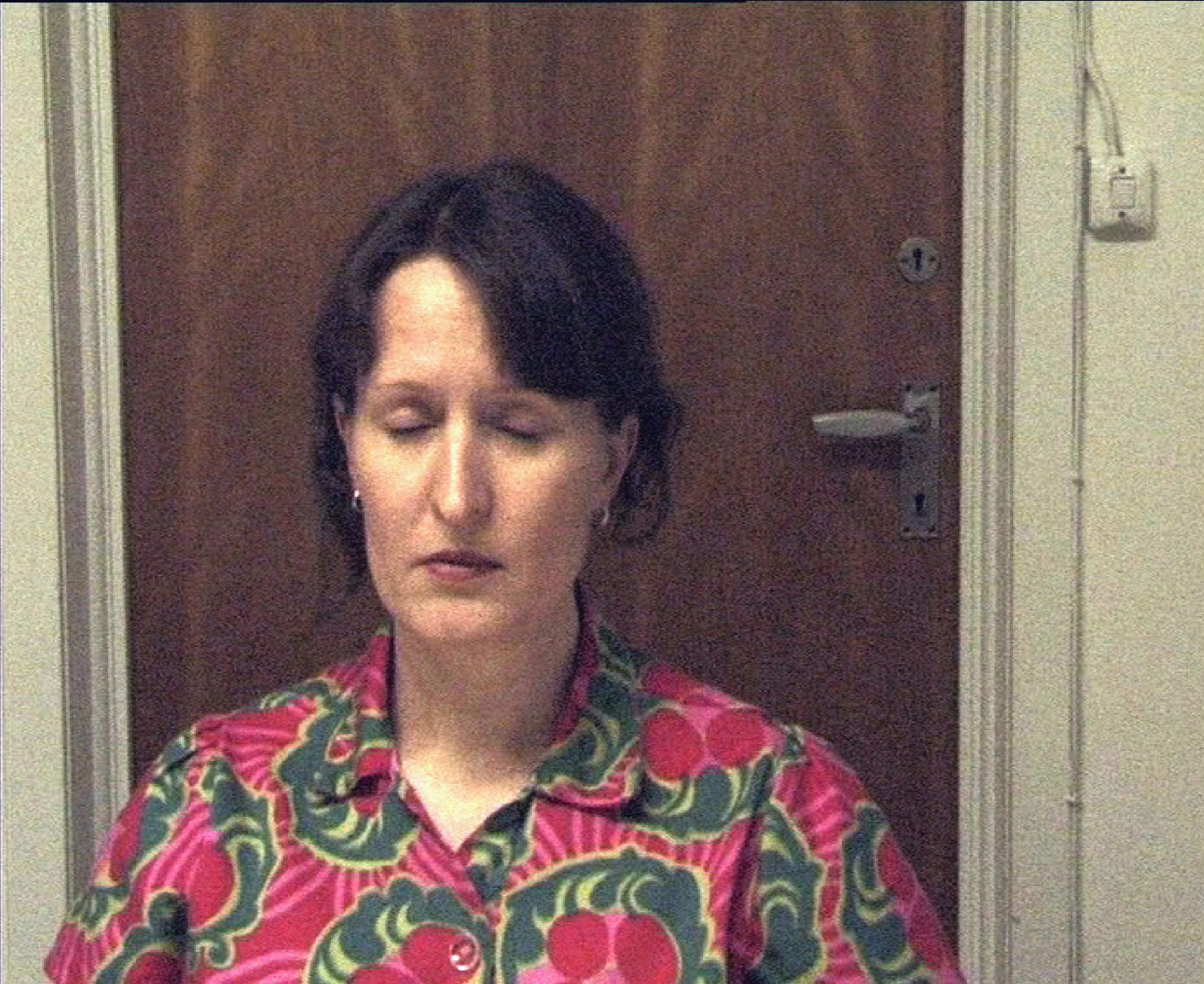