Sven Elfström was a full-time manual labourer who started off as a welder at the shipyards in Uddevalla. Eventually he moved to the industrial city of Nynäshamn, south of Stockholm, to work at the manufacturing workshops of the state telecommunications company, Televerket.

Elfström began shooting 8mm films at an amateur film club in Uddevalla. When moving to Nynäshamn he acquired a 16mm camera. Most of the eleven films that he made in this format are shot in Nynäshamn; the actors in these films were friends and family. Due to the conditions of production Elfström was a complete auteur. The films were self-financed, shot and edited by himself, often on reversal film stock as this was the cheapest way to make a film. This means that usually neither negatives nor additional copies exist of these films, but merely one original print. In UTVECKLING?, the start and end titles of the print are spliced together with the rest of the film; there is one additional splice in this print, eight frames added to a fast-paced segment quite at the beginning of the film.

Besides UTVECKLING?, Elfström finished two more films in 1971: a documentary about the workers at the shipyard in Uddevalla and Den förtvivlade intellektuelle revolutionären med sina borgerliga complex (The Desperate Intellectual Revolutionary and his Bourgeois fixations), a 16 min political satire about a bourgeois intellectual’s desperate attempts at liberation – and a film that Elfström pitched in vain to the Swedish selection committee of the Oberhausen short film festival.

UTVECKLING? starts with a fierce critique against capitalism, consumerism and man’s exploitation of the world. Suddenly a shot from a forest changes the pace and our attention is directed towards nature. In the last segment we watch Elfström’s wife, Maj-Britt, baking bread. 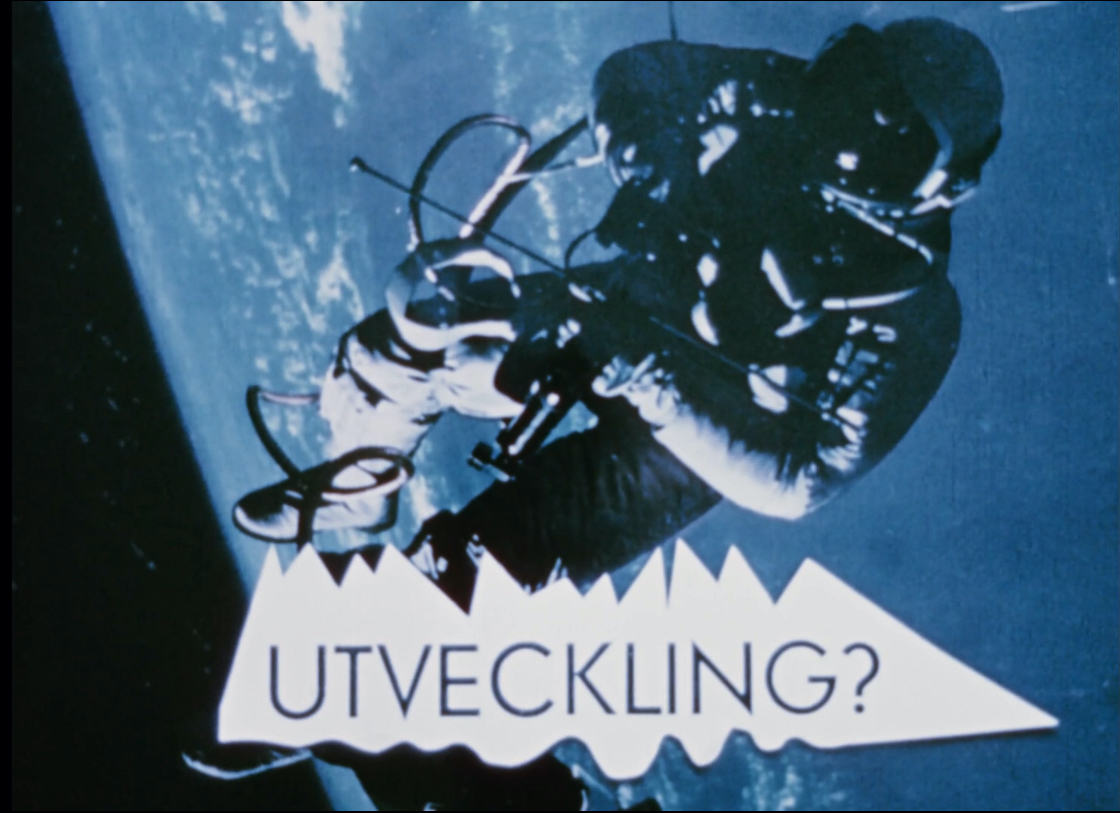