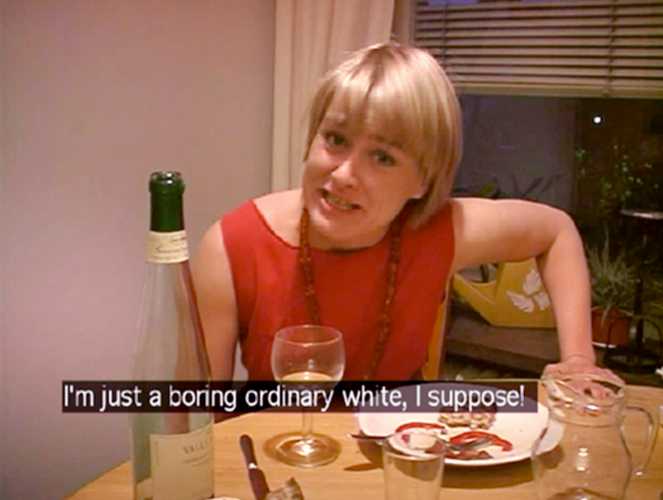 9 1/2 minutes is a video letter from a Norwegian woman to her husband abroad. He works as a relief worker in for example Africa. The video starts with idyllic scenes from the Nordic landscape and continues at home by the dinner table laid for two. The woman has received a letter from her husband where he mentions a dark girl. The letter will be the subject during the dinner. After some glasses of wine the situation starts to change and the woman gets aggressive and paranoid, and it ends in racialist outburst.﻿